Home Tourism City of Bacoor International Music Championships 2018 The competitions proved to be an exposition of culture and music as...
1 of 17

As the judges proclaimed the Sarabun Brass Theater by Sarawittaya of Thailand champions of the heart-pounding Brassline Battle at the Bacoor International Music Championships, the first reaction of most of the Thais were to walk towards their Filipino counterparts, members of the Citizens’ Brigade Band of Dasmarinas, and shake their hands. It was a simple gesture, but one that spoke volumes of the spirit of sportsmanship and the profoundness of humility in the face of victory.

Indeed, it was an epic three days of marching bands, music, and yes, magic! As the marching bands walked into the stage area of the Mall of Asia Arena for one last time, not a few eyes in the audience were teary-eyed. During days past, they have witnessed how absolutely amazing these marching bands were, most of them composed of teenagers. It was inspiring to see each of them perform with such fervor. You knew, by the timing of their steps, the skill they played their instruments, and the frustration in their faces when they made an error, that they invested many hours of practice in each performance. Truly, they were sights to behold.

The competitions proved to be an exposition of culture and music as one band performed one after the other evoking different feelings and emotions, from sadness to joy, from frustration to empowerment.

Different themes were explored. The 4th Raiders Color Guards from the Philippines came out on top of the WGI Color Guard Scholastic Open with “An Everlasting Love” as the Taipei Yuehfu gave a wistful rendition of their program, “Hana” and likewise placed first in the WGI Color Guard Independent Open. Marching Band Listya Dwijaswara snagged the top prize for both the WGI Winds Independent Open and and the WGI Percussion Scholastic Open. Jember Marching Band of Indonesia placed first at the WGI Percussion Independent Open with their program, “Human Evolution.”

It’s interesting to note that the City of Bacoor Youth Composite Band was organized only last April 2017, with the encouragement of Bacoor City Mayor Lani Mercado Revilla. Comprised of 90 members from the 15 active marching bands of Bacoor, the members underwent rigorous training under Maestro Avelino Mendoza, a graduate of the UST Conservatory of Music, and Professor Jessee San Miguel.

It was an epic undertaking for the organizers as great endeavours are almost always accompanied by great challenges. However, BIMC proves once again how great things can be accomplished with hard work and teamwork. All the sleepless nights and pressured sighs paid off in the end. The City of Bacoor was able to pull off an event of international caliber. Yes, the Filipino can! 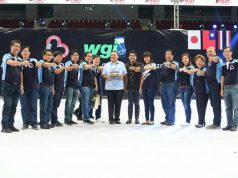 At the awarding ceremony of the Bacoor International Music Championships, Bacoor City Mayor Lani Mercado Revilla expressed her awe and appreciation for the talent... 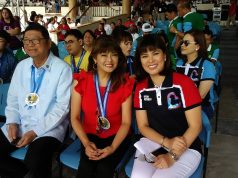